A family man who adores his loved ones. A man of passion. A dreamer and a hard worker. A God fearing man of integrity. The man we speak of is none other than talented actor Cory Hardrict. Rebel Lifestyle had the privilege of chatting with Cory recently about his career and upcoming projects, including All Eyez on Me, a long-awaited Tupac Shakur biopic in which he plays the legendary Haitian Jack.

Rebel: Have you always wanted to work in entertainment? How did you get into acting?

Cory: I got into acting because my mom got me involved in acting over 20 years ago in Chicago. She took me down to be an extra in an Oprah Winfrey movie. I was an extra for a few months on that movie, and it hit me. I got the acting bug since (age) 10, and I’ve been doing it ever since. It was kind of like I was thrown into it. I went down there because I didn’t want to get in trouble for not going. My mom was like “You need to go or you’re going to get a spanking.” When I did it, I was like, “Wow! There’s Oprah!” I was seeing Oprah, and that was big to me at that time, and it still is. I was like I can see myself doing this for the rest of my life. It didn’t seem like a job. It seemed like fun. I started there. And 23 years later I’m right here talking with you.

Rebel: So are there any other areas of the industry that you would like to delve into or would you prefer to work solely in front of the camera?

Cory: I’m just now getting into producing projects. I have a film that’s coming out this fall in November that I’m an executive producer on, and that’s my first producing credit. I have a couple other films that are in the works I’m going to be producing as well. I really want to get into producing, creating content and creating jobs for others and putting in images on the screen that I want to see. I’m really, really serious about doing that.

Rebel: What would you say to any fans who would like to follow in your footsteps? Any words of advice?

Cory: Study your craft, work hard, be passionate. Nothing happens overnight. You got to always believe in yourself no matter what because you’re going to have more dark days than happy times, and a lot of people don’t see those moments. But you got to stay positive through it and surround yourself with positive people because the tables will turn. Just make sure you’re prepared when they do so you can have staying power in the business. But work hard. That’s all I can say. People think it’s instant gratification. Social media changes everything. They think “Oh, well, this guy is doing this and I can do it like this and make it great,” but I believe in the old-fashioned principles: work hard and study. And trust God. Have faith. It always works in the end.

Rebel: You have an upcoming film, All Eyez on Me, which is the biopic of Tupac Shakur that’s going to be released in June of this year. Can you tell us what it was like working on a film that is centered on such an influential and often controversial musician?

Cory: Yeah, that project was awesome to work on. It’s Tupac, one of the greatest artists of all time, not just a hip hop, rap artist. He’s an icon. He was a legend when he was alive, and he was a bigger legend when he passed. It comes out June 16th. Benny Boom directed it. He’s amazing. He’s already a huge director, but it’s going to take him to another level. The lead actor, Demetrius Shipp, plays Tupac and it’s like you’re looking at Tupac. He does an amazing job as well. When you’re on set, it just felt Tupac’s presence, like you felt his spirit there. It felt real. It felt like I was a part of something special, so I just can’t wait for the world to see it. I played Haitian Jack. A lot of people knew him in the hip-hop community during that time, being in Pac’s life. It’s an edgy part, and I was up for the challenge, so I hope I did it justice. We’ll see come June 16th.

Rebel: Now, you mentioned the character you play, Haitian Jack. Like you said, he was pretty well known in the hip-hop community, but for those who may not be so familiar with him, what can you say about this person, this character?

Cory: I can say he gave Pac his first Rolex, I can say that. And he gave him a lot of fashion directions and changed his style up. I guess a lot of people bring the name up and people heard a lot of different notions about him, but I got to speak with him and hear from him on who he was and how involved he was in Tupac’s life. I can only take that and try to put that into the movie, whether good or bad. I got out of it that he was a good guy, but he was one of the most feared guys in the hip-hop industry, and it was for a reason. I took it from the person and put it on screen. He was a legend in the industry. Everyone who brings up his name, they all got stories that I don’t really want to get into, but I tried to relive that moment for the movie.

Rebel: So can you tell us what kind of prep work you did to turn into a man with such a tough reputation?

Cory:  I read a lot of interviews on him, and I spoke with him. I talked with him almost every other day and tried to bring that to life. There’s nothing better than getting it from the source. That’s how I prepped it. I’m used to doing sometimes menacing roles. So it was like let me bring what I know from talking to him and put it together and try to keep it real natural, you know. I didn’t have the accent down, but I didn’t really try to mimic an accent or how he spoke. I just tried to take his essence and his aura and go there with it and bring a bit of myself to that character. I kept it simple, but that’s how I did the research.

Rebel: What’s next on the schedule for you? Are there any other exciting projects on the horizon?

Cory: I got a couple films coming out this month. One is called Car Dogs with Octavia Spencer. One is called Walk of Fame, and then I have the Tupac (All Eyez on Me) coming out in June. November Criminals is coming out through Sony in November of this year. I got Destined coming out in November, which I star in with a bunch of great actors, from Hill Harper to La La Anthony to Robert Christopher Riley. And then I just finished a movie with Johnny Depp and Forest Whitaker called LAbyrinth, and that comes out this fall as well. I’m in a movie with Marlon Wayans called Naked on Netflix. 2017 is going to be a great year. I’m just working. I’m in love with it. I got some projects coming this year so hopefully, everyone enjoys them, and I have some producing projects that I’m getting off the ground right now. I can’t talk about them yet, but I’m really excited for them.

Rebel: You sound like a very busy man. How are you juggling business life and home life?

Cory: It’s simple. When I come home I’m just the husband and dad and my family everything. We eat and hang out in the theater watch movies. We swim. We play around, play fight with my son. I really don’t bring all the business stuff home and neither does my wife. We try to separate it and step out and try to handle our business and keep it simple. Not really a lot going on. Not a lot of extra stuff. We’re just really simple, laid back people. That’s all. A lot of love in this house. A lot of love. I’ve been with my wife 17 years. We keep it real simple and keep it moving.

Rebel: What makes you a Rebel?

Cory: What makes me a Rebel? I’m fearless. I believe I can do the impossible, and I believe I can manifest all my dreams and fruitions into existence with words. That’s what’s got me here to this day. When people have doubted everything I’ve said I wanted to do in life, I’ve done it to this point and I still have a long way to go. So I feel like a power manifestation in my life just coming from my mouth has made me a Rebel. You can do the same. Words are powerful, it says that in the bible. Power and death. You can speak anything. Be careful the words you choose and what you say because words are real. You throw them out to the universe and the world. You got to be careful. That’s what I believe.

Tags
actor All Eyez on Me film interview rebel lifestyle 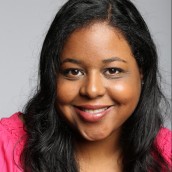